Major Key for the New Year 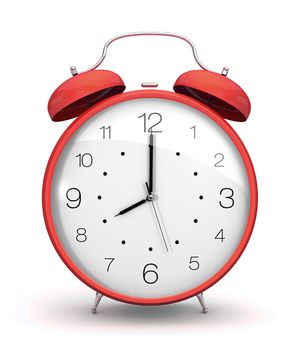 As we move into the new year, many are looking over their goal lists optimistically proclaiming what they'll accomplish during the year. Every year people burst at the seams with zeal on January 1st but fizzle back down to the same ole same ole by the middle of the month. Why does this happen year in and year out? Many become discouraged pointing at haters, a lack of talent, support, or resources as the reason for their demise. But in all honesty, 90% of the time the lack of accomplishing goals boils down to one major key: time management. This isn't a sexy subject I know lol, but it can lead to sexy results. Let's talk about it!

No matter where you fall on the socioeconomic ladder, everybody has the same 24 hours in a day. There's nothing you can do to add even a second more to your 24 hour time period. The only way to get more out of your day is to manage the time that you have. You have to put more respect on your time and stop freely giving it to things/people who don't provide an adequate ROI for your time. Fortunately, this is an area that anyone can improve in and there will always be room for growth! When it comes to success, being disciplined with your time will level the playing field in ways far greater than just talent. Most people don't manage their time well so if you want to have a leg up this year and really get to your goals, this is the area to focus on! So how do you improve in your time management? Here's a few ways!

One of the easiest ways to improve time management is to establish a proper sleep schedule so you can get up early and utilize more hours in your day. Freeing up just a few hours extra in your morning can make a massive difference towards reaching your goals! As an example, I usually go to sleep around 8pm so that I can wake up at 3am. This allows me to get proper sleep and attack my goals in the early hours before all the distractions of life wake up lol! The first few hours of my morning are spent on fitness/audio books and then I get into my work for the day. The fitness/audio books are a powerful two punch mental combo that prime my day for success. By the time 7am arrives, I've already done what most people will do in a full day of work PLUS I have the rest of the day to do more work! This allows me to have much more precision when it comes to accomplishing goals.

These days, you don't have to look too hard to find a distraction. Honestly, 90% of our distractions come from our phones. We sign up for all kinds of social media platforms, services, and other things that bombard us with constant notifications. Not to mention also receiving actual calls and texts as well! If you want to really level up this year, you have to learn how to put the phone down! You have to limit your availability in order to maximize your goals.

Go through your notification options and only allow notifications from apps that are super important. You don't need to know that Angry Birds has an update available while you're working on your goals lol! Turn off every single notification except for the things that matter most to you. Also I recommend turning your phone off (or atleast on do no disturb) when you're working on your goals. This may sound extreme lol, but I don't think people realize how addicted we are as a society to our phones. Most people check their phone every few minutes (or even seconds lol) and that's a major distraction when you're trying to get goals accomplished. Work on establishing a more healthy relationship with your mobile device and it will make a big difference for your success!

In addition to the phone stuff, you need to limit your availability physically as it pertains to going out to events. You can't afford to go to every party, be at every event, or hang out at every social function. It's grind time! Establish boundaries and make sure you're prioritizing your time to your goals over leisurely activities. Having some leisure is necessary for balance, but don't over do it! People will be okay if you can't come. It's not the end of the world lol!

Speaking of people, there will never be a shortage of people asking you to do things for them. It's always an honor to help others, but helping must be done within reason and wisdom. You need to get very comfortable with saying NO to people. Start to thoroughly investigate every YES before you hand it out because that yes may not be in your (or their) best interest. Very often people get upset with me for giving them an honest no. But, I'd rather them be upset with me for that than be upset because I didn't follow through on a YES that I handed out prematurely. Never let people pressure you into a yes that you can't handle. It's not worth the cost of your time. Time is the most valuable asset you have.

Another way to manage your time is by establishing consistency. In addition to your early morning routine and limiting distractions, you need to have a routine for your work days that you can realistically stick to. You have to create a strong consistent foundation that enables you to scale your efforts over time. If you're just winging your days and not operating by any type of plan, you can't expect consistent results. Like they say, if you fail to plan you plan to fail. At the top of every week, you need to create a detailed roadmap of what needs to be accomplished during the week and HOW you're going to accomplish these things. The more structured you become with having a consistent schedule the more you're going move in the direction of accomplishing your goals.

As a music producer with artist customers all around the world, I always encourage artists to release music consistently. As I mentioned in my How To Use Leased Beats blog, the days of pushing one song for months or years is OVER. These days it's about consistently building a catalog a of high quality music so that your streaming/digital sales can grow! It's not about the "Big Hit" it's about building a snowball of residual income over time. It's always inspiring to hear the story of how music artist RUSS consistently released a song every week and took his Tunecore sales from several hundred monthly to 6 figures monthly in one year! (see his video here) He's also stated before that he makes much more off the sales of his actual music than doing shows (due to touring costs). This is all the result of consistency. Of course that won't be the case for everyone lol, but I know very few artists who release music very consistently. Most times it's a song every few months (if that) and that's not going to cut it today. Map out a schedule and do it over, and over, and over, and over, and over, and over, and...............

As a real world example, I recently let a close friend come stay with me for a few months after he fell on hard times. He had so many things he wanted to accomplish in life but he felt like life was throwing him to and fro. Being able to observe him on a daily basis, it became clear to me that the culprit that was hindering his success was poor time management. He knows how obsessive I am about time so he usually refers to me as a "Time Guy" lol! To help him out, I decided to put him through "Time Guy" training lol!

We sat down, reviewed every aspect of his life, and came up with a schedule and plan that would provide the structure for his success. He began working out with me every morning at 3am and during this time we'd have potent conversations about life/business. I could be a bit brutal at times with how hard I was pushing him physically/mentally lol, but these things drove him to reshape his mindset. I'd faithfully knock on his door at 3am every morning. No matter how little sleep he'd gotten or what mood he was in, I pushed him to execute the morning ritual unwaveringly. Times that he wanted to give up due to fatigue, pain, or frustration, I'd push him a further so he could see his potential. Him being able to experience pushing pass his limits and succeeding taught him a lot. He started to realize how powerful the early morning ritual was for his mindset and emotional health. I consistently drove home the point that success in every area of life is found in embracing and learning how to thrive in discomfort. These tough mornings were giving him the tools needed to start conquering his days.

With the newfound hours added to his day, he began getting to his goals much earlier (and much more productively). We were able to identify multiple things that were clogging up his time during the day and reconstruct things to make him much more efficient. One thing in particular that was complicating his day was an independent contractor position he held for a courier company. They'd call him all hours of the night so he never had a consistent sleep schedule. By meeting with them and establishing concrete times for his availability, he was able to then reliably schedule out his days (and sleep).

Brick by brick, he was able to come up with new business strategies and make progress towards his goals. Through establishing structure and focus through time management, in several months he was able to build 2 streams of residual income! These new streams put him in position to leave his courier position and pursue his passions full-time. I may have guided him a bit, but honestly the answers were already inside of him. He didn't have to buy some expensive course with "secrets" or anything like that lol! It simply took the discipline of locking in a consistent sleep schedule, consistently executing his morning ritual, and consistently scheduling his days in a way that made achieving goals the #1 priority. These things put his mindset in a position to realize and actualize opportunities that already existed inside himself.

So with all that said, before you go out and spend ridiculous amounts of money on gear/courses that you're convinced you "need", simply start with taking back control of your time. It's free and will pay dividends the rest of your life. It just costs discipline. Once you learn to master your time expenditure, the opportunities will be endless! I hope this was an inspiring read and I wish you an amazing year full of actionable goals and achievement! Let's get it! -Tone